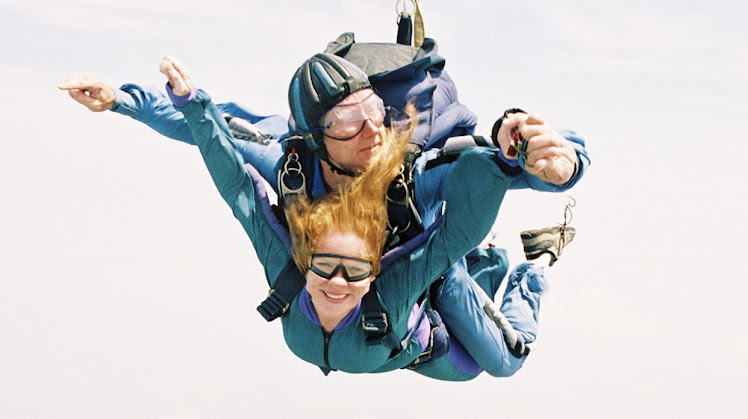 So, I'm driving back home after visiting my mum in the hospital, I was lost in thought and weary from travel and worry. My cell phone rang, forcing me back into the moment. It was an old boyfriend-well, boyfriend may be too significant of a label-we dated for a brief time many years back. We've stayed in touch on and off given that since we both left CT, we haven't lived anywhere near one another, and he is a submariner in the Navy and spends six months out of the year underwater. There were a hundred reasons why it didn't work out, distance being the least of our differences. He is a lovely guy, he just wasn't the guy for me. But he very much wanted to be the "the" guy for someone. And so when he called the other day, it was to tell me that he was going to propose to his current girlfriend. (He even texted me a picture of the ring.) Even though I was genuinely happy for him, I have to admit, I was surprised that he wanted to share this news with me before he had even proposed. I mean, I know his sweetheart will say yes, so telling people isn't a gamble. But think to yourself a moment...you're in love and you want to spend the rest of your life with this person. You pick out the perfect ring, you start planning the perfect moment...and before you've had a chance to ask your beloved for his or her hand in marriage...you make the all important phone call to...your pseudo-ex.

Don't get me wrong, I'm not jealous or disappointed and I don't feel like I missed out on anything-I am perfectly happy that he is happy. However we are merely acquaintances now. I don't even think he actually knows that much about my life anymore. Perhaps he just needed someone to be happy for him. And that someone got to be me. Ultimately, this is par for the course in the bizarro world of my romantic life.

So I share this strange conversation with my sister and she just chuckles. I tell her that, with one exception*, everyone I've ever dated will now be married. She says "Really?" I think for a minute and then I reply "Well, you know...married, dead or crazy." And we both burst out laughing because this is absurdly true.

This remark isn't meant to be irreverent of the amazing man I loved who lost his life. And it isn't even meant to disparage the man I loved who was later diagnosed with a debilitating and cruel psychiatric disorder. It just highlights the supreme amount of ridiculousness that has defined my love life.

Jessica swears that I'm due for a nice, normal relationship.

To be honest, I'd happily settle for being the last to know about my ex's nice, normal relationships.


*For the record, the 'exception' told me that he and his girlfriend might as well be married, but it's not a priority for them. So I'm counting him among the unhitched for now.
Posted by Sara at 5:02 PM No comments:

Grocery lists, Christmas lists, chore lists, work lists, book lists...you name it. There is a profound sense of accomplishment for me when I get to cross something off. I'll make lists mid-project just to cross of the tasks I have already completed. Many years ago, my very dear friend Kim inspired me to make a list of things I wanted to do before I died. This was long before the movie "Bucket List" came out. She made a list of four things she wanted to do when she was 9 and accomplished almost all of them before she left college. They included:

Driving to Florida
Going to Alaska
Hiking the AT
Biking to Maine (which she did with her mom when she was 11!)

1. Complete an advanced degree (Master's or PhD.)
2. Own a home in Ireland
3. Skydive
4. Parent a child
5. Run a 4:30 Marathon (Amended after I ran my first one)
6. Set foot in all 50 US States and all 7 Continents (only 7 states and 5 continents to go!)
7. Write and publish a book
8. Learn another language
9. Hike the VT Long Trail
10. Be invited back to speak at my alma mater (Castleton State College)

Skydiving was the first thing I checked off of the list. In fact, if you watch the video of it, you can hear me verbally check it off when I land. (Who knew that these years later I would feel compelled to go back and do it again and again.)

I can now say that I have completed my Master's degree and therefore another check mark. As I look at the list I see how monumental some of them are-own a home in Ireland? Right. We get paid so much money working in education that it should be noooooo problem. Yet, I don't have the heart to remove it. These are my dreams and I want to remember I had them rather than water them down with what only seems plausible.

Recently, I was talking to my sister about this list and lamenting that the one that seems the most unlikely (yes, even more unlikely than owning a home in Ireland) is 'parent a child'. I'm almost 40 and the old ovaries ain't what they used to be. And her response was one of the most generous things anyone has ever said to me. She commented how much time and energy I spend with my nieces and nephew and said "you know, in way you do parent these children." It's not the same as actually being a parent and we both knew it, but it was such a gift for her to see me in this way and to be willing to share that role with me in a small way. And if I don't have children, I might someday feel like I could still check this off-but we'll see how Nella, Evan and Callie get through their teenage-years first.

So, the Master's degree is done, and I'm left to wonder what to do next. It was really hard to finish, much harder than I thought it would be. When I first submitted the final draft of my thesis I had this panicked thought that maybe I would be like those retirees who stop working and drop dead. (God forbid, I celebrate. No. I have to go to the dark side.) I spent so much time working on the degree and worrying about working on the degree that when it was done, I was afraid my body would go into shock with all the time I had on my hands. But tonight as I finish the last component- a PowerPoint for my thesis presentation-I'm surprised at how emotional I am. There were several moments in the last two and half years when I thought I might not be able to do it. I'm pretty smart, but academic work has never come easy to me. I'm too right brained. And I'm a bit of perfectionist. Not the high-functioning kind that really does everything perfectly. I'm more of a intense-fear-of-failure-so reach for-perfection-and-thereby-shoot-myself-in-the-foot kind of perfectionist. This time, it almost cost me my MPA. Oddly enough, there is something incredibly liberating about actually failing-facing and embracing it. The world didn't end, everybody who loved me before still loved me, there wasn't any drama attached to it at all. It just was. And as much as it sucked, it wasn't so scary anymore. I picked myself up and went back to work. And the next thing you know? A big 'ole check mark.

And so I am thankful for my list-for all of the hope and fear it represents.

I think I'll start working on that 4:30 marathon.

NOTE:
Apparently, Kim and I also made lists of the the things we wanted in the "perfect man". I found mine written on a bar napkin (which will tell you a lot about my state of mind when I was writing it): 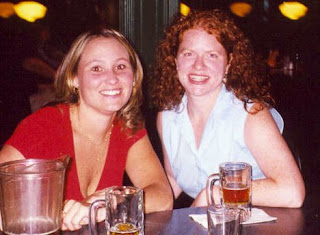 Must have a sense of humor, and think I am funny.
Preferably tall and strong (not Ah-nold strong, just 'capable' strong)
Loves to travel
Knows how and willing to cook
Willing to hold hands in public
Ability to hold long, interesting conversations
Knows when to work and when to play
Must be gentle and kindhearted and sarcastic (yes, I actually wrote this)
And lastly, must have nice eyes.

Reading it now, I think I have a better chance of having children than meeting this person. If I ever have a daughter, I will advocate for imagination and fantasy, but steer her away from fairy tales. It's so much better to love the imperfections, and yet nearly impossible to make a list of them.
Posted by Sara at 7:26 PM 2 comments: